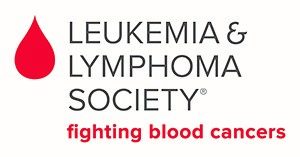 DataPath took on a special mission during the month of March – to raise money and awareness for the Arkansas Chapter of the Leukemia & Lymphoma Society (LLS). Cancer, in all of its nefarious forms, directly affects many lives, and the company was compelled to pitch in after a member of its team was diagnosed with a rare form of non-Hodgkin’s lymphoma in 2015.

While battling for his own life, Mark Francis, a long-time DataPath associate, was inspired to also take on the fight outside of his physician’s office and raise funds as part of the LLS foundation’s Man & Woman of the Year campaign (MWOY). Each year, the nationwide MWOY campaign raises money for blood cancer research. Every dollar raised over the course of the 10-week campaign counts as a vote, and the top local (statewide) fund raisers are eligible to win national titles. Mark set a personal goal to raise enough money to become the Arkansas LLS Man of the Year, while ultimately defeating his own cancer.

After learning of Mark’s objective, and in honor of all DataPath associates who have been affected by cancer, DataPath pledged to match, dollar for dollar, all donations made in March 2016 by company associates. Over the course of four weeks, employees generously contributed a total of $2,995. With the company match, the DataPath team raised a grand total of $5,990 for the Arkansas LLS.

The feeling of accomplishment has been two-fold. First, after months of grueling treatments, Mark recently received a cancer-free diagnosis, though he is still working to complete his full treatment regimen. Second, the proceeds raised during this campaign will stay in Arkansas and help patients and their families across the Natural State who are afflicted by these terrible diseases. The local MWOY campaign will reach its conclusion in a couple of weeks, and we’ll find out then if Mark succeeded in his quest for Arkansas Man of the Year honors.

The DataPath team is proud to support Mark Francis and the Arkansas Leukemia & Lymphoma Society as they work towards a cure for blood cancers.

If you would like to support Mark Francis’s LLS campaign, visit his MWOY fundraising page today. 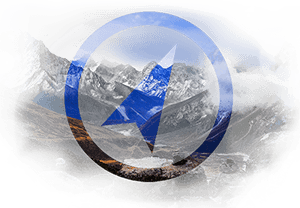 Many FSA participants didn't submit all of their claims by the end of year. Now is the time for TPAs and employers to remind employees they still have time to incur new expenses (grace period) and submit claims (runout period) against last year's plan. bit.ly/39vhyN7 pic.twitter.com/a6X9…

Have you had to layoff, furlough or otherwise terminate employees as the effects of COVID continue? Are you certain that your company is compliant in providing the required COBRA information and benefits? Learn more in our blog. bit.ly/2UB3nj4 #COBRA pic.twitter.com/B1em…

HSAs were introduced in 2003 to help individuals offset high deductible health plan (HDHP) costs. They have grown steadily in both number and assets but still aren’t as well understood or utilized as 401k plans or IRAs. #HSA #HDHP #401k #IRA bit.ly/33mB7sJ pic.twitter.com/XfbT…

Insurers must cover up to 8 at-home COVID-19 tests each month per person starting this Saturday, Jan. 15. Insured persons will be able to either purchase kits for free under their insurance or submit receipts for reimbursement. bit.ly/3zPf1Lu pic.twitter.com/p6im…

Transparency in Coverage: New for ’22